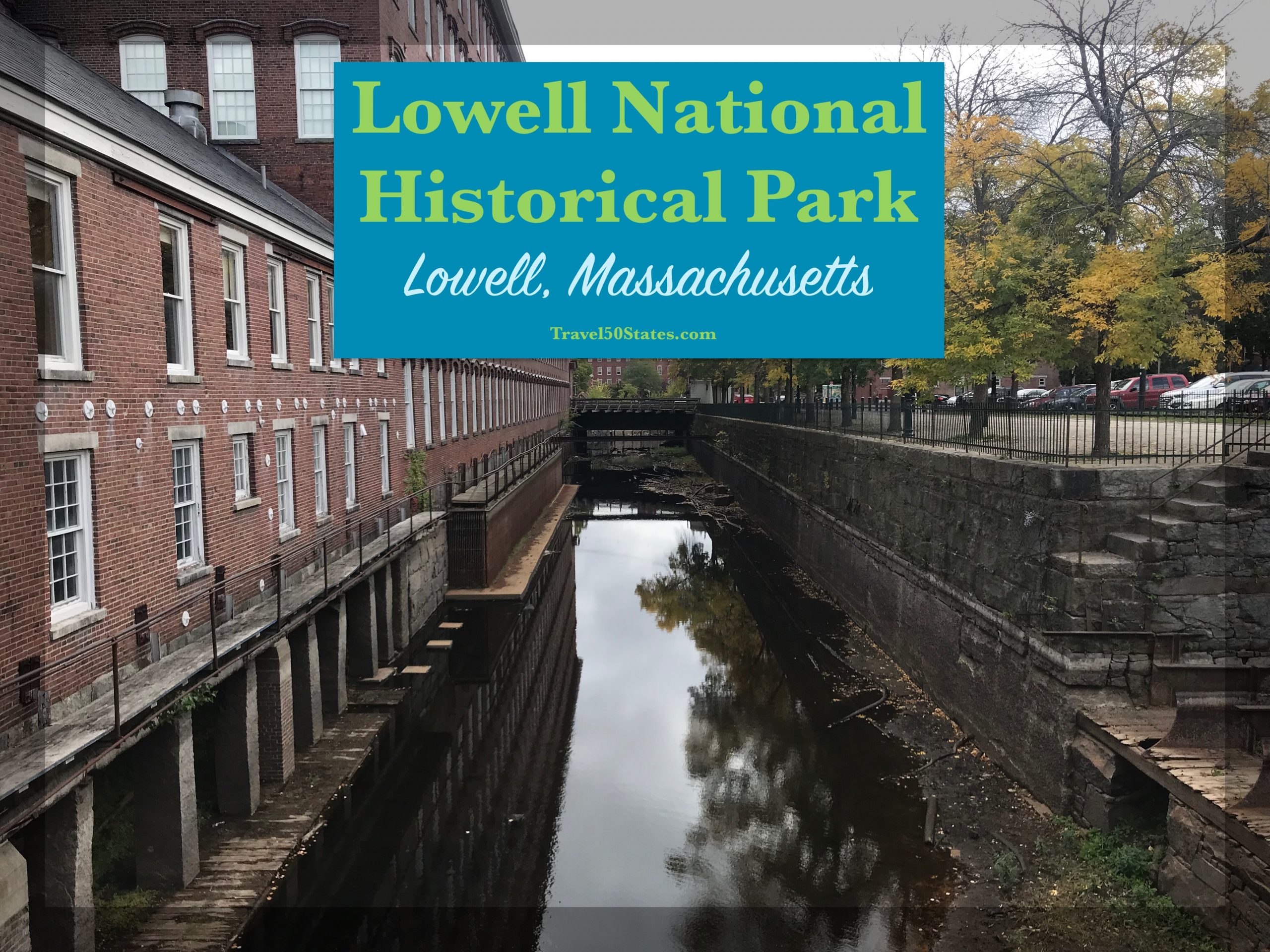 As I was preparing for our east coast trip in and around Boston, I came across the city of Lowell, Massachusetts. As I am a Lowell descendent, I was aware of many famous writers in our family lineage. I did not happen to know, however, if this city in Massachusetts was somehow connected to one of my ancestors.

With a little online research, I discovered that Lowell was named in honor of Francis Cabot Lowell, a leading figure in bringing the Industrial Revolution to the United States. After confirming with my mother, the family genealogist, I learned that I am indeed a descendant of Francis! Knowledge in hand, I decided that a visit to Lowell would be interesting for the whole family.

Lowell National Historical Park is definitely not like the national parks that we are used to visiting in the United States. This is not a park filled with hiking trails and nature and mountains. It is a National Historical Park about the start of the Industrial Revolution in America. It focuses on the factories, the innovators, and the workers, whose stories of opportunity and perseverance shaped our country.

We found parking right in front of the Visitor Center. Our first stop was to watch the movie to explaining the significance of Lowell National Historical Park. Francis Cabot Lowell was mentioned briefly at the start of the Visitor Center movie. He traveled through Europe extensively in the early 1800’s. While visiting Europe, he examined and memorized the design of the European Power Loom, which was not allowed to be sketched.

He returned to the US and sketched the design as he remembered it. Then Lowell hired a designer to build and improve on what he had seen in Europe, and patented the Power Loom. This gave birth to the Boston Manufacturing Company. Lowell used water power to run his machines. These machines processed raw cotton into finished fabric.

Rather than using child labor, as was common in English fabric mills, Lowell sought to hire young women. This was an opportunity for women to work independently from their families while earning wages. Boardinghouses were set up as a safe place for them to live. These women became known as the Lowell Mill Girls.

These young women gained a positive reputation for being cultured and well-read. They even began and contributed to a women’s publication called The Lowell Offering. Although overseen by the mill owners, the magazine was popular for its poetry and autobiographical pieces. The publication ran for several years, until more negative pieces began to appear about factory conditions, and the owners shut it down.

The Mill Girls began advocating for shorter work days and better conditions, forming the Female Labor Reform Association. Instead of giving into these requests, the owners began hiring immigrants rather than improving the pay and hours of the young women.

After spending time in the Visitor Center, we walked a few blocks to the Boott Cotton Mills Museum. We stopped for a quick picture with Lowell’s shadow profile along the way. We began our tour by entering the Weave Room. This room was filled with over 80 power looms from the early 1900’s, which are still in use today.

Headphones were recommended before entering the Weave Room, which we failed to see until we were already well inside. The noise of the few machines that were running was outrageous! I could not even imagine how deafening the noise would have been with every machine actually running. It was no doubt that loss of hearing was one of the side effects of factory workers.

Back in the Museum, Rangers were on hand to explain how the machines worked. They let us try our hands at weaving cloth ourselves. There was also a large diorama depicting how each floor of the factory looked during the 19th century and how the machines were powered.

The whole family learned a lot about the Industrial Revolution and the effects it had on America in the 1800’s. I highly recommend checking it out when you are near Boston.