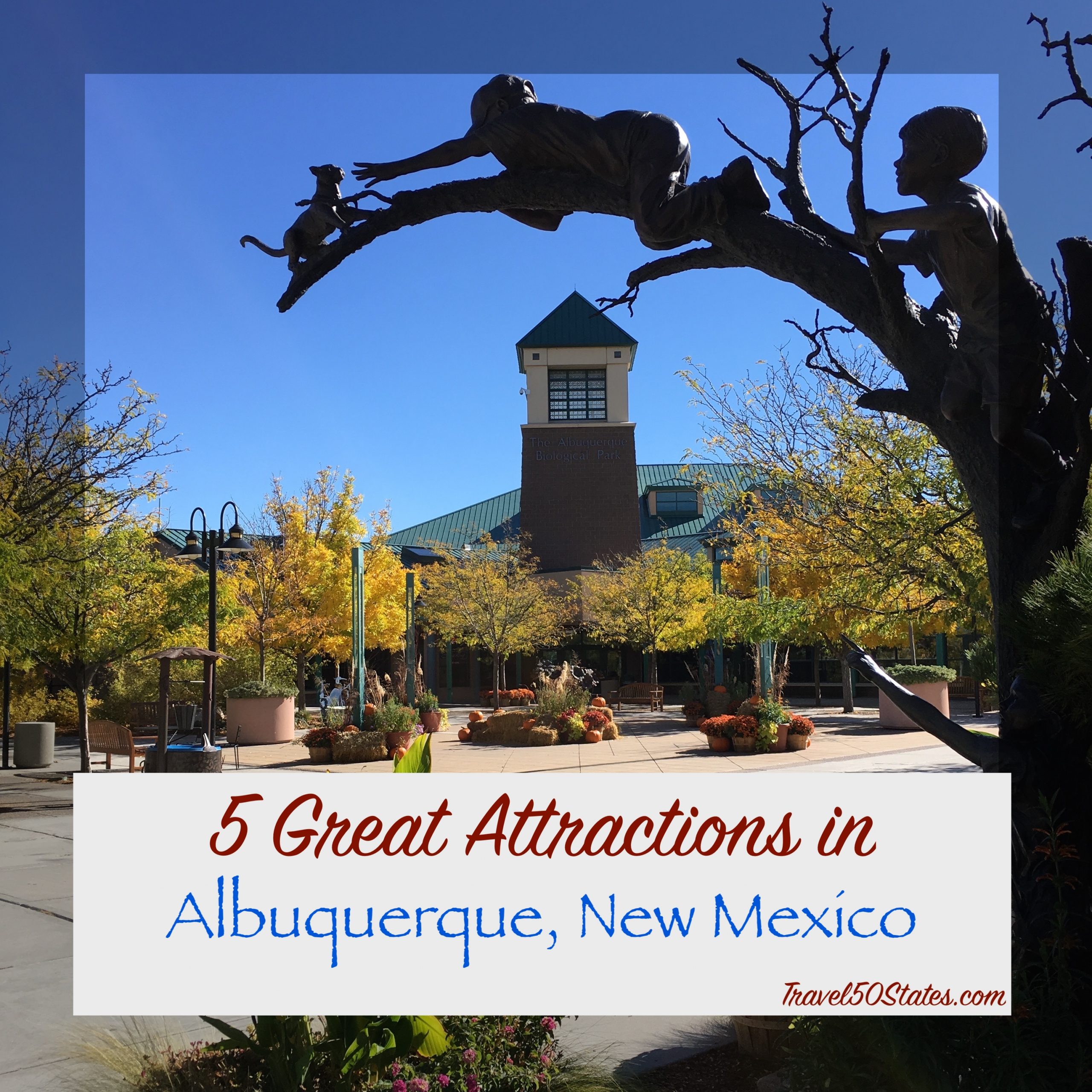 Albuquerque was one of those cities that we have driven through several times and never stopped.  When we decided to stay for a week, I was pleasantly surprised at all of the activities in the Albuquerque area to keep us busy.  Here are the highlights of our time:

We visited Petroglyph National Monument on two different occasions.  One afternoon we drove to the west side of the National Monument to take a hike at the Volcanoes Day Use Area.  There we found three volcanoes side by side, that last erupted about 150,000 years ago.

Although scientists don’t believe they will erupt again, they are still considered active.  We were practically the only ones there, and hiked a short trail around one of the volcanoes, which opened up views to Albuquerque below.  The area was very serene and slightly eerie.

The following visit was to one of three of the more popular sections of Petroglyph National Monument.  After stopping at the Visitor’s Center, we chose to go to Boca Negra Canyon, where about 200 petroglyphs could be seen along the trail.  The hike was short, but enjoyable, as it was entirely uphill one way, over lava rocks and boulders.  We enjoyed finding petroglyphs along the way, and at the top, there were gorgeous views.

We missed the famous Hot Air Balloon Festival by a few weeks, but we were able to visit this really cool museum.  A self guided tour led us through the history of hot air ballooning.  The boys particularly enjoyed following the routes of those who took the first cross country and around the world hot air balloon flights.  There was a small area for some hands on fun, including learning to make ballooning knots and a simulation balloon flight.  This was a short, but interesting stop. 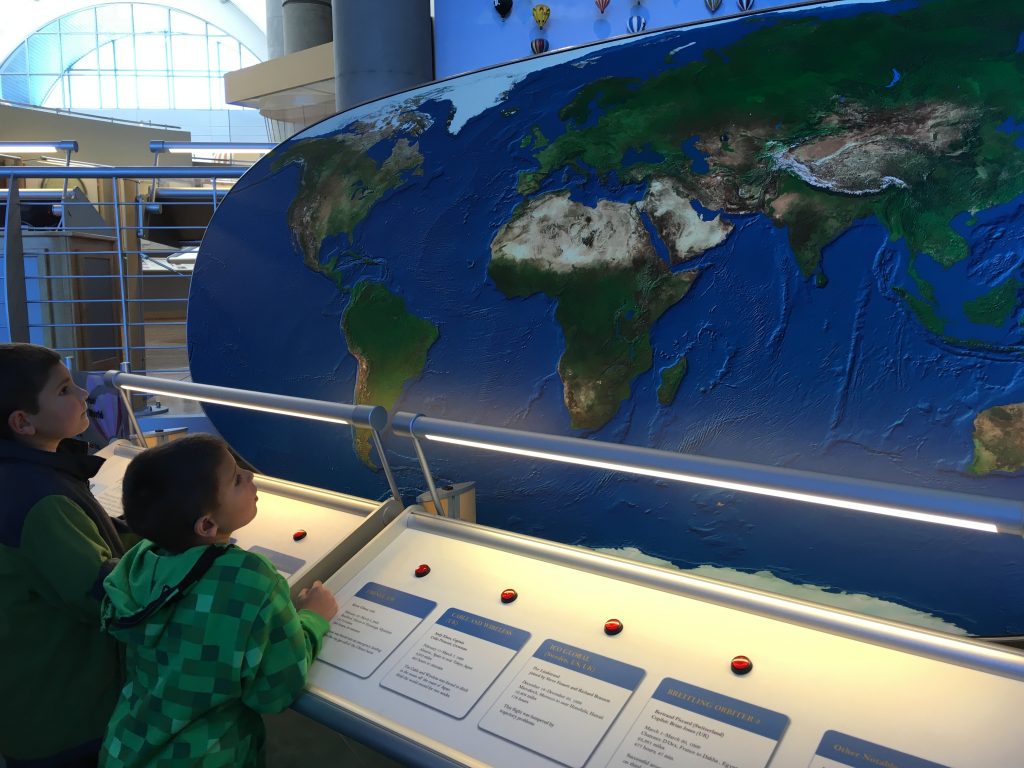 Old Town Albuquerque was a cute little shopping area with the traditional adobe style buildings.  The oldest building in the city, San Felipe de Neri Church, adorned one side of the square.  Because we were in Albuquerque over Halloween, we took the boys to Old Town for their Trick or Treating Halloween Festival, where businesses handed out candy. 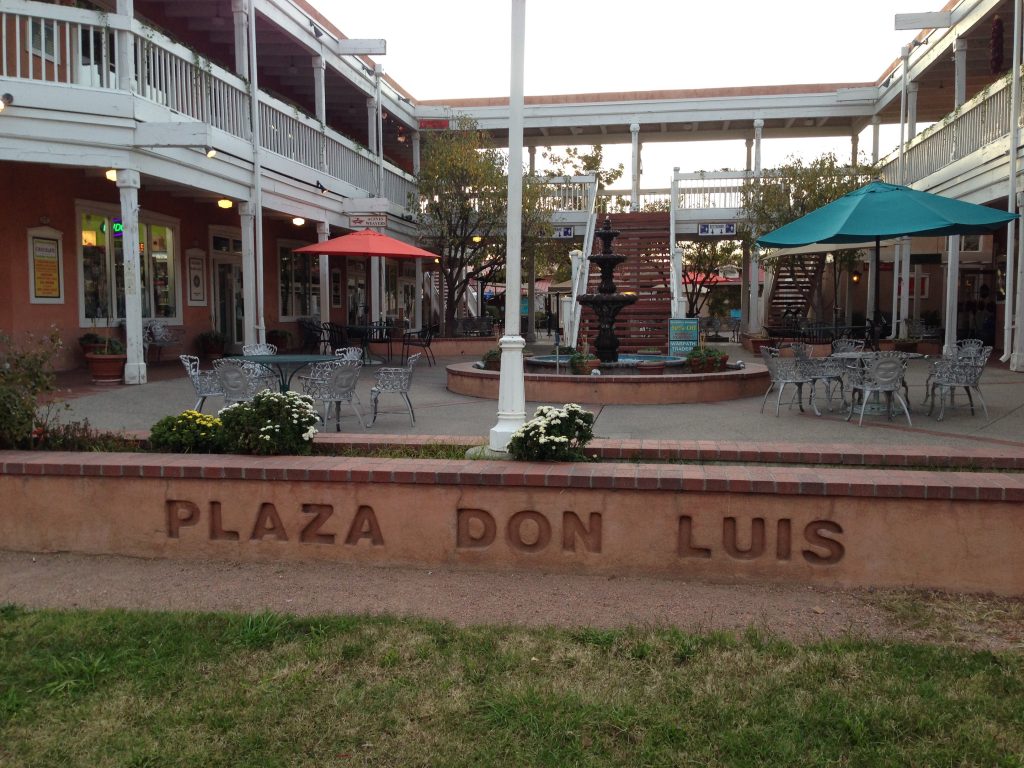 One admission fee gained us access to both the Aquarium and Botanical Gardens.  We have been to many Aquariums and Gardens, but this one was worth visiting!  The aquarium had an impressive display of stingrays, and the coral reef was gorgeous, teeming with incredible sea life.

One reason I chose to visit this Botanical Garden was because the online pictures of its children’s garden.  It was one of the best we’ve seen.  We entered the garden through a bamboo tree walkway and then crossed the drawbridge into a castle.  The kids played in a life sized vegetable garden, a gigantic pumpkin, an underground tunnel, and their favorite part, a rock maze.

There is also a gorgeous Rose Garden, Japanese Garden, Cactus Garden, and a cool Railroad Garden, which only has the trains running on certain days of the week.

Several more places that looked interesting around the Albuquerque area that we didn’t make it to. These include the Sandia Peak Tramway, Taos, and The Kasha-Katuwe Tent Rocks National Monument.  For more information about visiting Albuquerque, click here.

FIND AND BOOK One of the 10 Best RV Parks & Campgrounds in Albuquerque.