The Beginning of Our San Diego Adventures 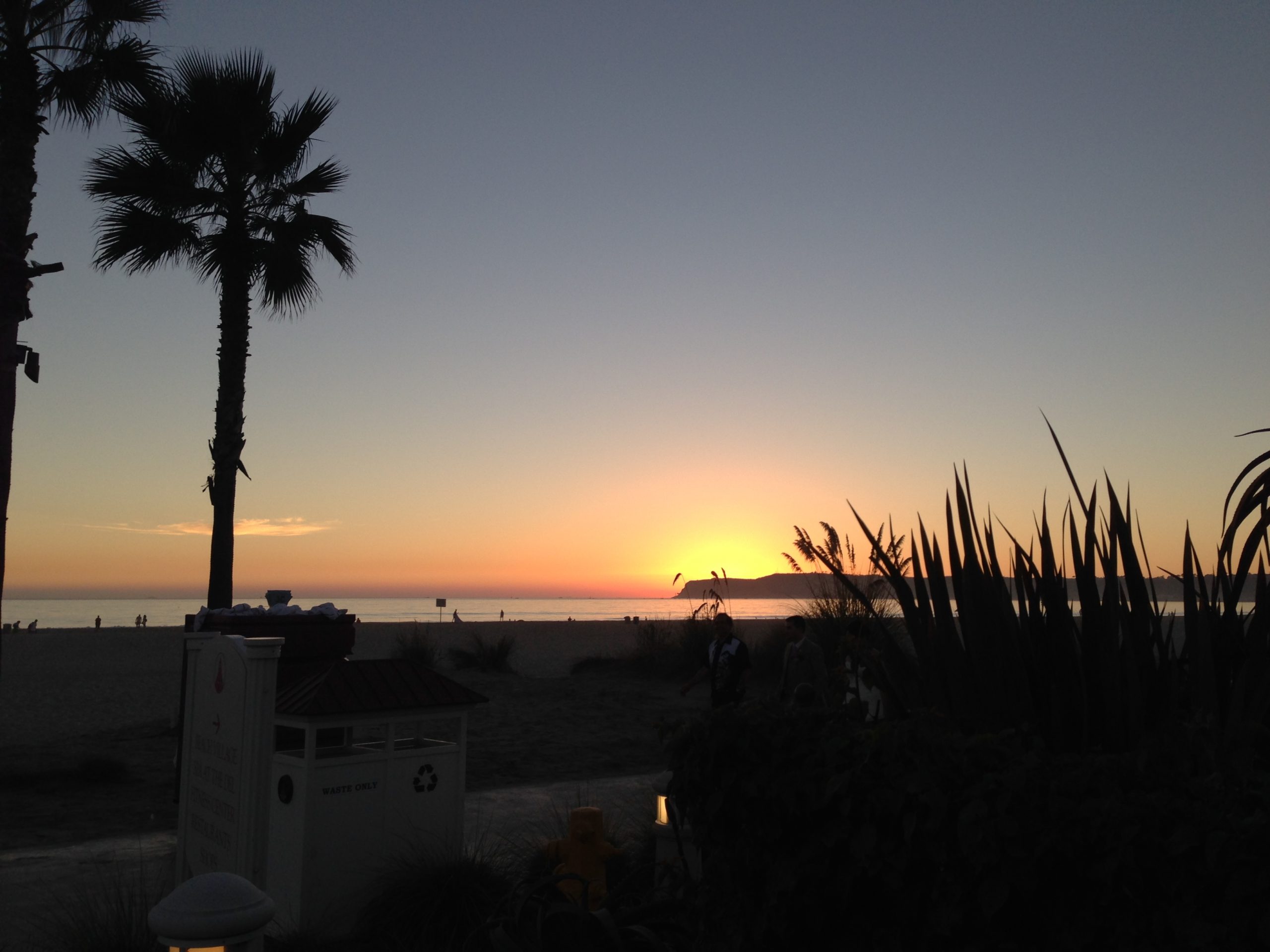 Aaaah, San Diego.  Who doesn’t enjoy a beautiful, tropical setting, where 70 degree temperatures, sunshine, and swaying palm trees greet you daily?  It was probably only within our first full hour in San Diego, when I turned to my husband and said “If you say ‘yes’, I will move here in a second.”  He pretty much agreed immediately, so I guess we have found a new home!

While in San Diego, we did visit many of the must-see attractions, and a few lesser known ones.

The first beach we visited near San Diego was in La Jolla, California. Rumor was that it was not only one of the best beaches in the area, but that we could see sea lions. We headed straight to the “Children’s Pool” which is a protected area from the intense waves. Before we say them, we heard them…sea lions frolicking on the rocks next to the ocean!  At the time, I did not know the difference between sea lions and seals, and I called them seals.  (Please excuse my ignorance, I have since learned the difference!)

This was the boys first time to see and swim in the Pacific Ocean.  The water was in the 70’s, and the locals mentioned that this year it was a little warm for October, so we lucked out.

While the boys played in the waves, we saw some of the sea lions actually swimming up behind them and frolicking on the beach, right there with the swimmers and tourists.  What an awesome experience…we happened to be at the right place at the right time.  Lots of snorkelers were there too.

No visit to San Diego is complete without seeing the world famous San Diego Zoo, located in Balboa Park.  We had cooler weather and it was overcast all day, which we were told was a good thing, because the animals were out roaming their cages rather than hiding from the sun.

This Zoo is really large, but our admission included use of the shuttle buses, which cut down on some of our walking and gave us a nice overview of the Zoo early in the morning.

The Koala Bear pictured here is sleeping, but we did get to witness feeding time, and according to the excited shuttle bus operator, it was a rare treat, because Koalas sleep close to 20 hours a day.  I guess it was our lucky day!

The Pandas were also a very popular exhibit and one of my favorites:

Since we are big Dave Ramsey fans, I couldn’t resist including the picture of this gazelle.  It always makes me think of his “gazelle” intense expression, although this one was standing still:

The boys managed to find a gorilla to wrestle before we left and a sea lion to hug.

This is a fabulous Zoo.  It is a must-see for visitors to San Diego, but allow an entire day. I recommend packing a picnic lunch and wearing some good walking shoes.

San Diego Botanical Gardens – A lovely garden with unique plants, flowers, and trees, as well as an entire garden dedicated to the little ones.

We enjoyed admiring some very strange looking flowers and trees that were unfamiliar to us “mid westerners.”

The Hamilton’s Children Garden was the highlight for the boys, who spent close to two hours exploring all the activities.  There was a nice ABC garden, a giant Treehouse, and a Spell and Smell Garden.

They spent quite a bit of time building a house out of balsa wood, eventually adding a roof to the top:

And they loved engineering structures with wood and foam blocks, tubing, and balls.  Every time a small child would toddle over and knock over the structure, Kyle would sigh and just rebuild it all over again, but sturdier than the time before.  We finally pulled him away from this after an hour:

The sun started to get very hot, so we did not get through the entire Gardens, but it was a great way to spend an afternoon.

Mission San Diego de Alcala – California’s first mission.  We paid the admission fee to take a self guided tour of the church and pretty grounds.

Point Loma Lighthouse is located on a peninsula between the San Diego Bay and the Pacific Ocean.  On the ocean side, there is a gorgeous area with enormous waves (but no swimming allowed there). Tide pools along the rocks can be viewed best during low tide.  We toured the lighthouse and learned its history. Although we couldn’t go all the way to the top, we were able to climb the rounded staircase and look through a window up to the top. We watched the sunset from the gorgeous location.

This is only the tip of the iceberg! San Diego has tons and tons to offer.