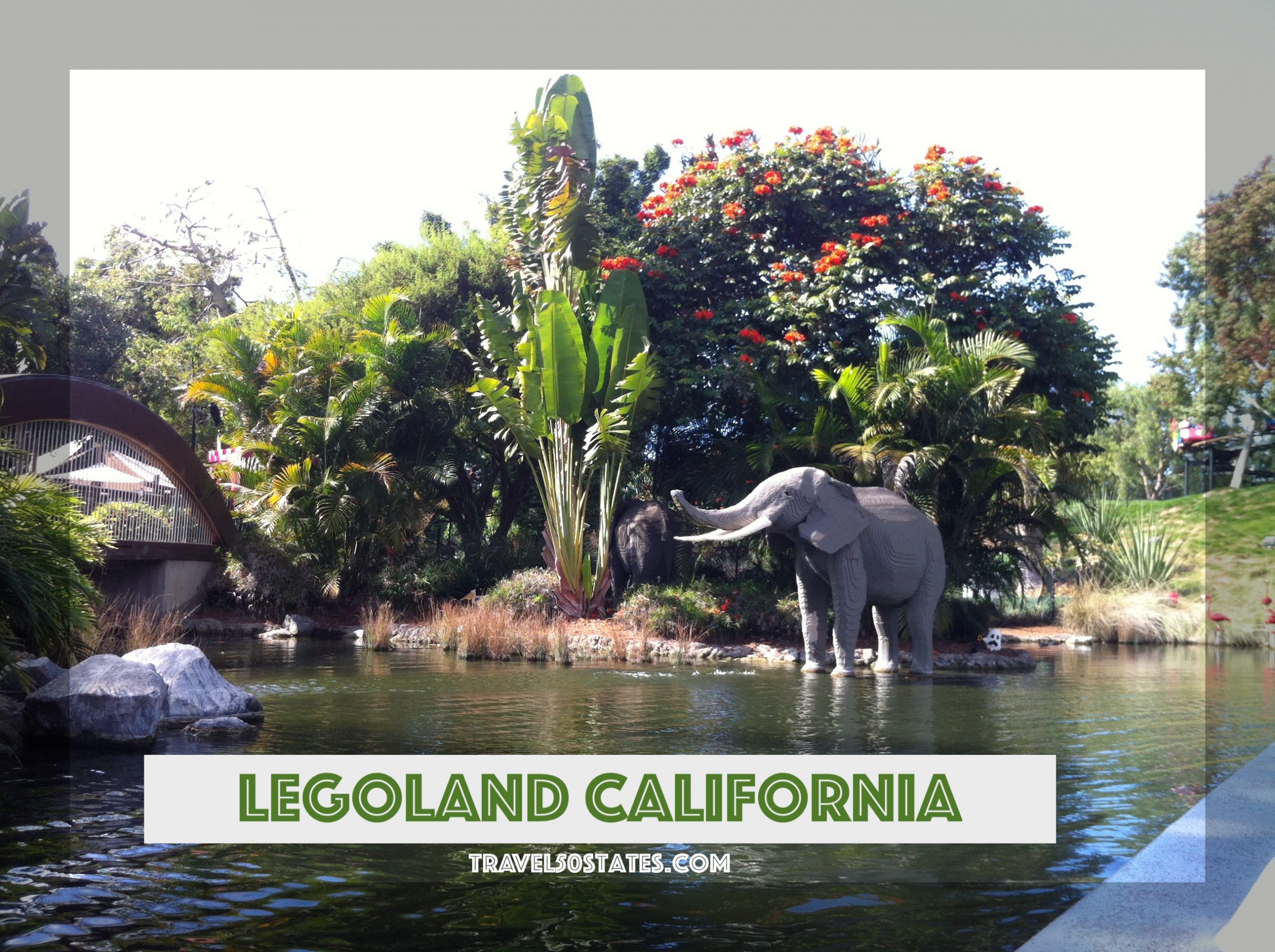 When we arrived in the San Diego area, the first destination that we were anxious to experience was Legoland California, located in Carlsbad.  It was probably as expensive as Disneyland, but I’ll admit that it exceeded my expectations.  Seeing that there was also a separate water park and aquarium, you could easily spend three days visiting these parks.

Nonetheless, Legoland was a blast!  There was a neat tour exhibit, where we could watch Lego parts being assembled and boxed.

There were also several opportunities to spend your money on Lego sets. The kids could sit in the shops and play with Legos.

The rides were all Lego themed of course. It was a good mix of calm and not-so-calm ride choices for kids and adults.

We enjoyed a boat ride with Lego sculptures along the shoreline, a spinning Bionicle ride, and some tame roller coasters.  There were also some water rides that got us drenched. We didn’t realize that we should have brought a change of clothes or bathing suits along.  Then we paid to stand under a family dryer, which literally blew hot air at us.

My youngest son went on his first roller coaster. He enjoyed it so much that we proceeded to ride it 5 times in a row.  My older son attended a free robotics class with his dad, geared for 3rd graders+. He had a great time programming the Lego robot to move and turn.

There was a large section of Star Wars Legos, and entire miniature cities built of Legos, including Vegas, New Orleans, New York.  That was personally my favorite part.  Since we had just left Vegas, the boys were excited to point out all the hotels they recognized!  Loads of fun!

We are really glad that we spent our day at Legoland.  Next time we will pack a change of clothes, and perhaps stay at the Legoland Hotel!

Valley of Fire State Park, Nevada
The Beginning of Our San Diego Adventures