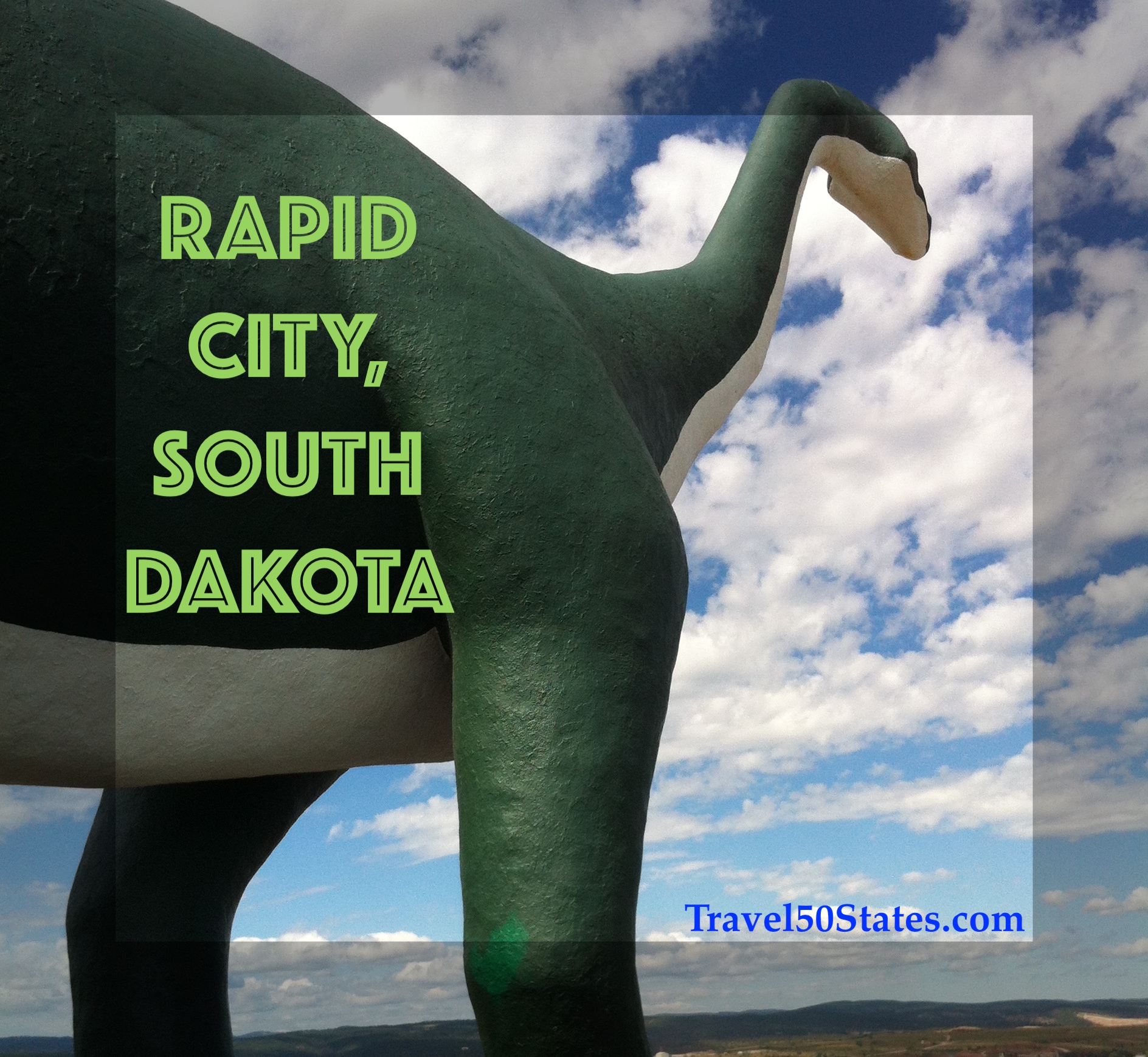 While staying in Rapid City, there were 3 attractions that we really enjoyed, aside from Mount Rushmore.

We visited Custer State Park, located in the Black Hills of South Dakota.  There were many scenic drives available throughout the park, but we chose Needles Highway.  The drive was a bit lengthy for the boys, but once the wildlife appeared and they were able to get out and climb up the rocks, their interest increased.

There were bison on the roadway as well as oxen, about 8 or 9 deer, and on the drive home I even had to swerve the car to avoid hitting the snake that was slithering across the road!  Overall, it was worth the trip.  If we were to return, I would consider camping inside the State Park.  We passed some very nice campgrounds.

Pictures of Needles Highway tunnel and the interesting rock formations along the way: 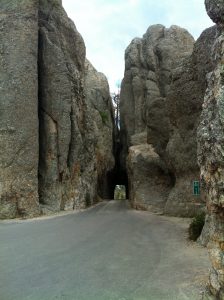 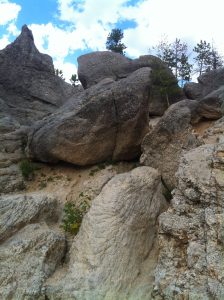 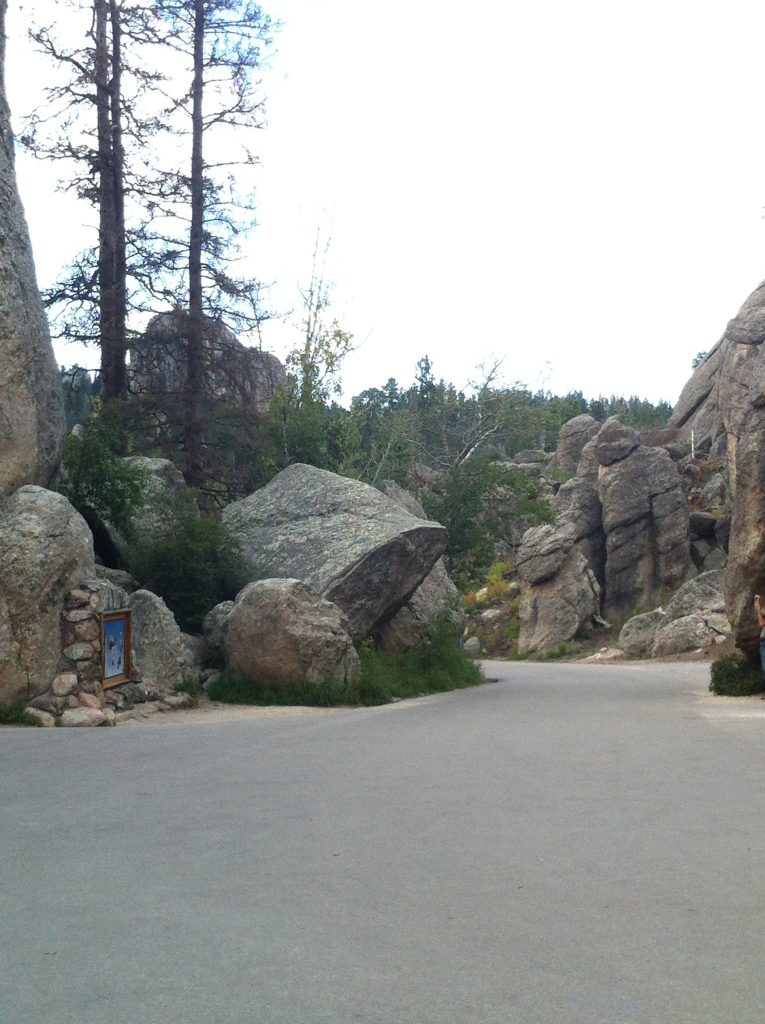 The boys and I also spent an afternoon at Reptile Gardens.  This was a really nice museum for kids and adults alike.  The flowers were gorgeous, and the outdoor exhibits included prairie dogs, tortoises, turtles, and alligators.  There was an awesome playground with tortoise and snake shaped equipment.  We attended a snake show, and they were able to pet an albino python snake.  Inside was a three story sky dome with exotic animals and plants, along with tons of reptiles, amphibians, bugs, and fossils.  Definitely worth a visit! 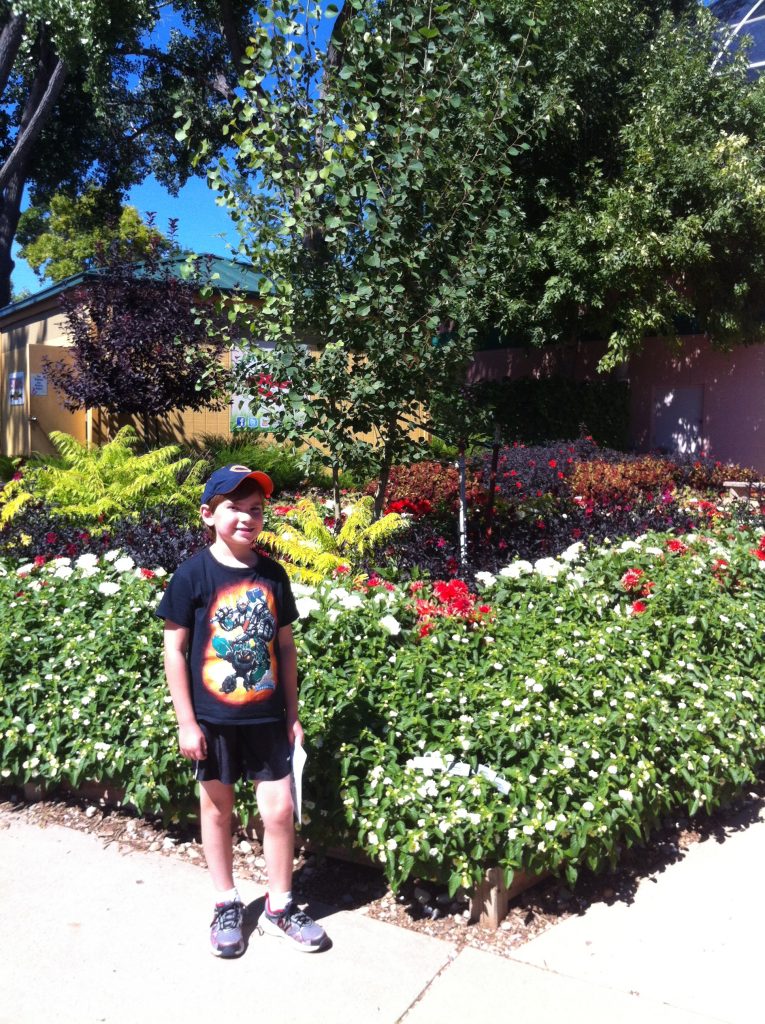 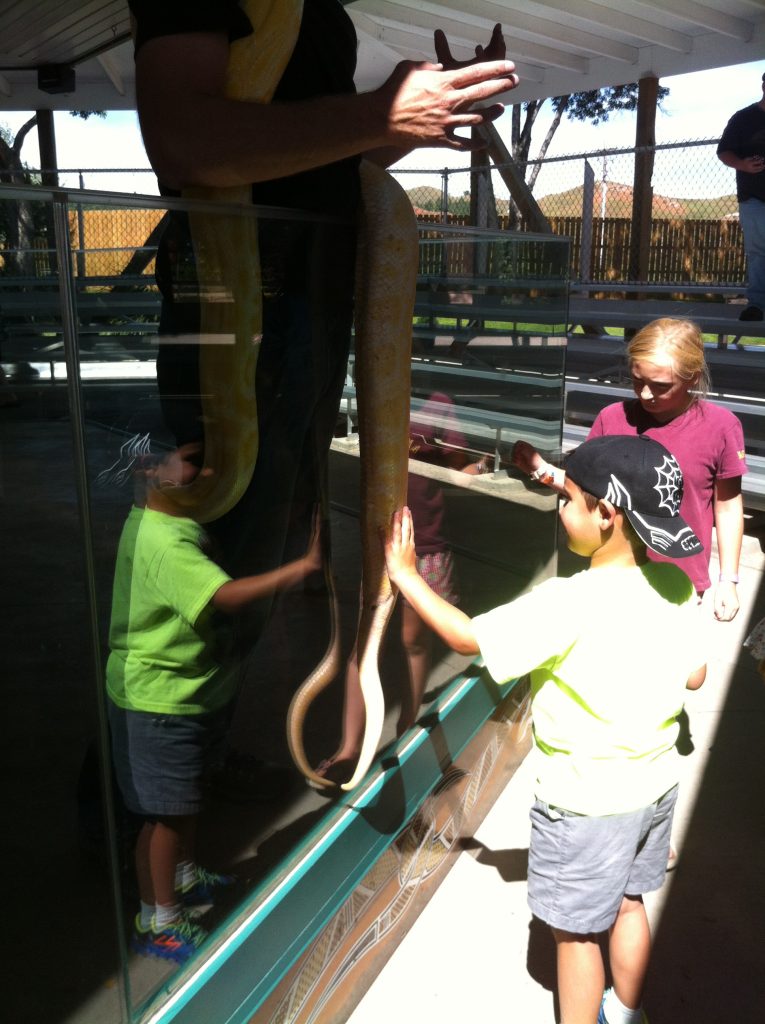 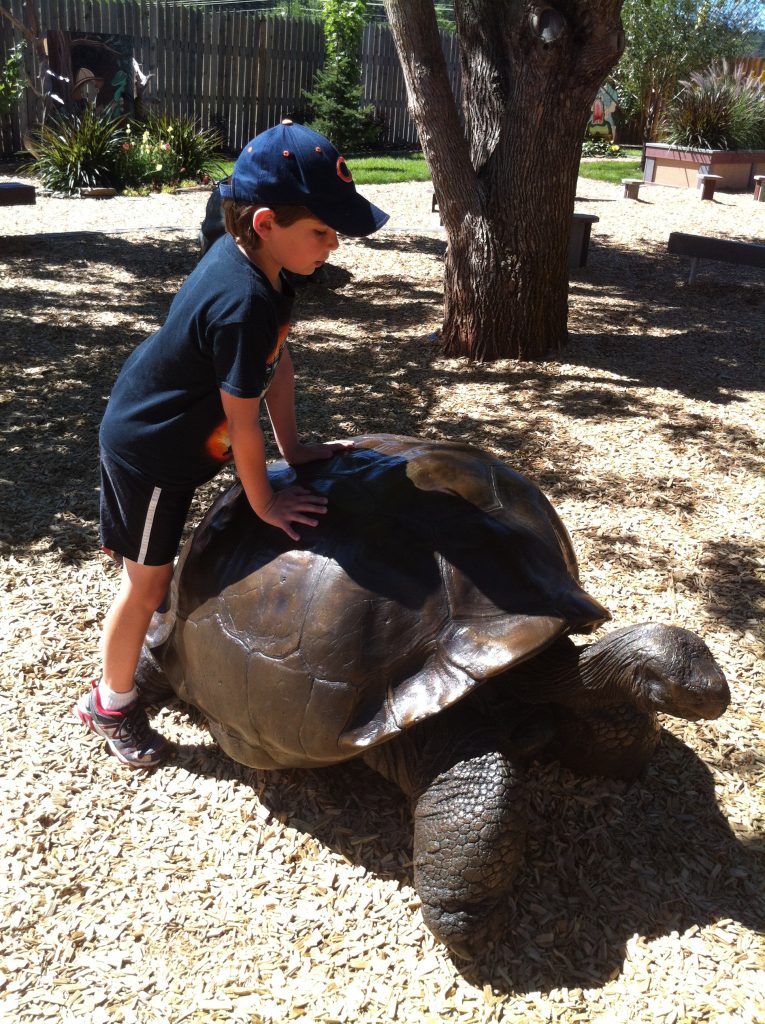 Finally, we stopped off at Dinosaur Park, high up on a hilltop in Rapid City.  I thought it was worth a short stop for the views alone, and the boys burned off some energy.  Some one had mentioned that a nighttime visit affords really great city views.  It is free to visit. 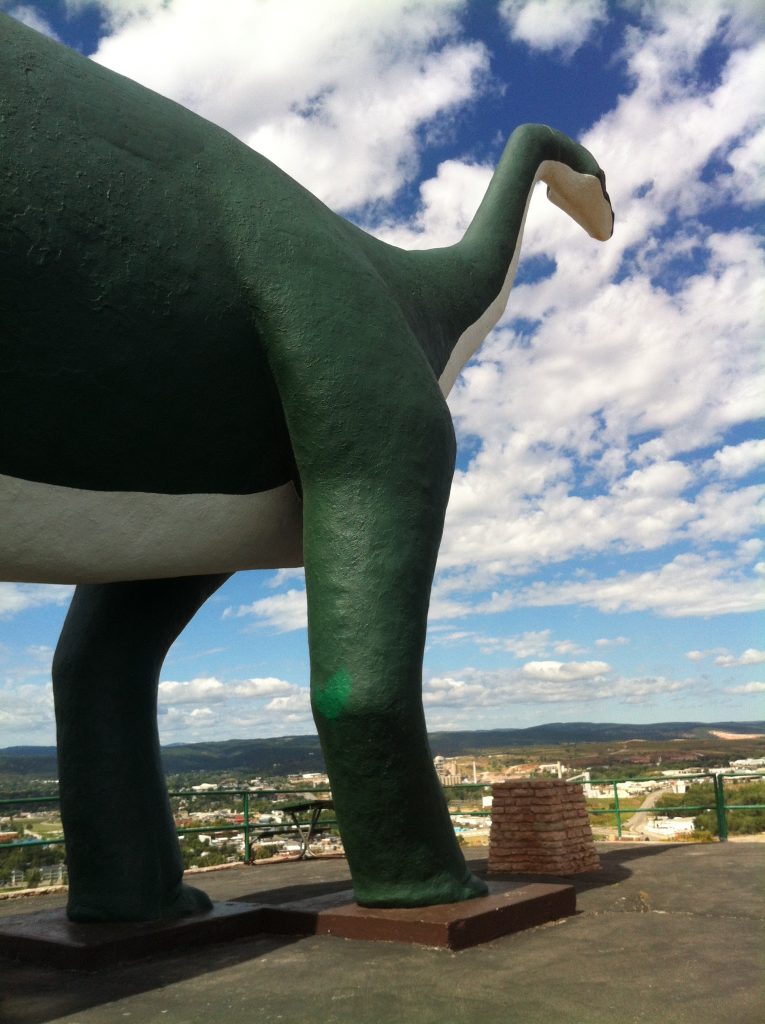 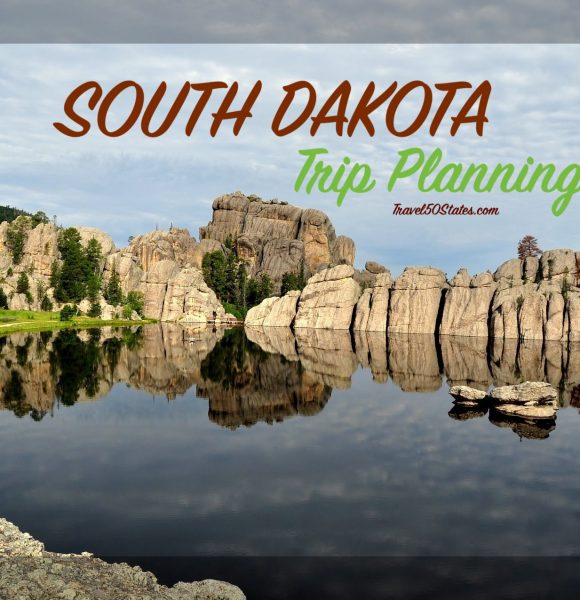 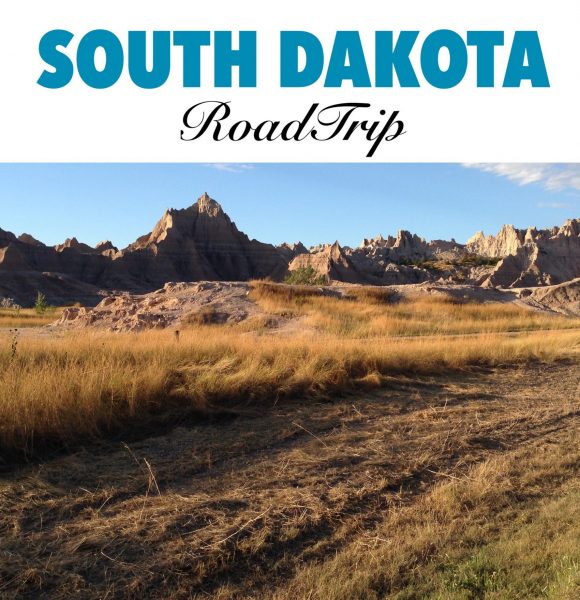 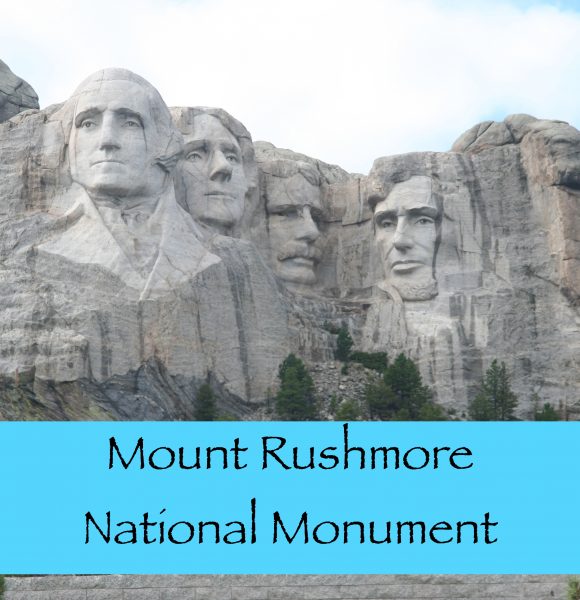 While in Rapid City, we spent a day visiting Mount Rushmore.  Within that single day, we were blessed with clouds, rain, hail, and sunshine.  It felt just like being at home in Chicago. Mount Rushmore is a patriotic site that features the 60 foot faces of […]