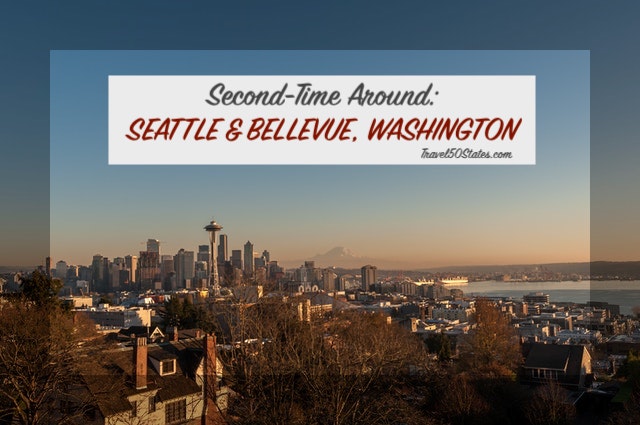 Our first time in Seattle was during May, when we stayed downtown a few days before our Alaska cruise.  The weather was nice, and we enjoyed our time.  However, we returned to Seattle for a second time around, staying two weeks in a hotel in the Seattle suburb of Bellevue.

Bellevue has its own little downtown, consisting of several tall buildings housing companies such as Microsoft and Expedia.  It is located between Lake Washington and Lake Sammamish. Driving through Bellevue, I was in awe of the lush, green trees and the hilly roads canopied by green.  The weather was mid-70’s and perfect for the first few days of our arrival.

I will admit that I was much more impressed with the area this time around. We visited the Expedia offices, and walked to the Bellevue City Park, which had a fountain, waterfall, and play area, as well as tons of green space.

The boys and I spent the first couple days exploring the area, and found a really pretty park with hiking trails.  Right next door was the Bellevue Botanical Gardens, which was free to walk through. The gardens were filled with more gorgeous green trees and bushes, and some colorful flowers and pretty streams.

The boys and I also visited nearby Redmond, where the main Microsoft Campus is located, and had a chance to go into their Visitor Center.  This was a cool little visit. The boys were thrilled to have the chance to play on the Xbox One.  I liked the exhibit in which we stood in front of a camera, and the software tried to identify our gender, age, and emotion.

Lots of people were jumping around in front of the camera, making crazy faces.  It was my favorite, because it first identified me as 35. Then when I smiled bigger, 30 years old.  That was a winner for me.  We were also told that we could get a fake Microsoft employee badge in the store. 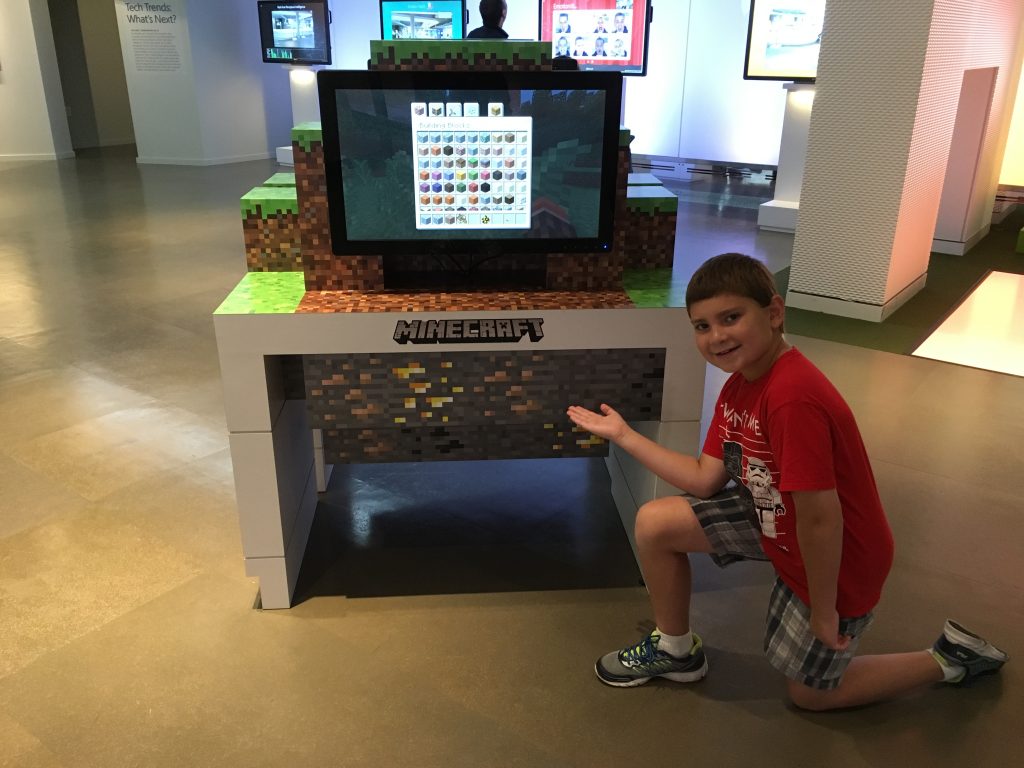 Over the weekend, we drove into Seattle, and visited the EMP Museum, a museum that had been on my husband’s list for a long time.  There were exhibits about everything from Science Fiction to Horror Films to Indie Games to Nirvana.  My favorite exhibit was the music exhibit. Here we could enter sound booths to learn and practice playing various instruments, such as guitars, keyboards, and drums.  There were opportunities to record your own singing and playing, in groups or individually.

Another favorite of mine was the World of Myth and Magic. This exhibit contained memorabilia from movies such as Harry Potter, The Wizard of Oz, and The Lord of the Rings.  The boys loved playing the Indie video games. Particularly, the Science Fiction world, where they saw actual light sabers from Star Wars.  My husband was in SciFi heaven, with everything from Star Wars to Doctor Who.

After we finished the Museum, we took a few pictures of the Space Needle, which was right next door.  But we skipped a ride to the top, due to the clouds and drizzle.  The boys were still up for playing outdoors despite the weather when they spotted this awesome playground next door, called Artists At Play.  We love finding cool playgrounds around the country!

There’s so much to see and do in Seattle. Once again, we only scratched the surface!