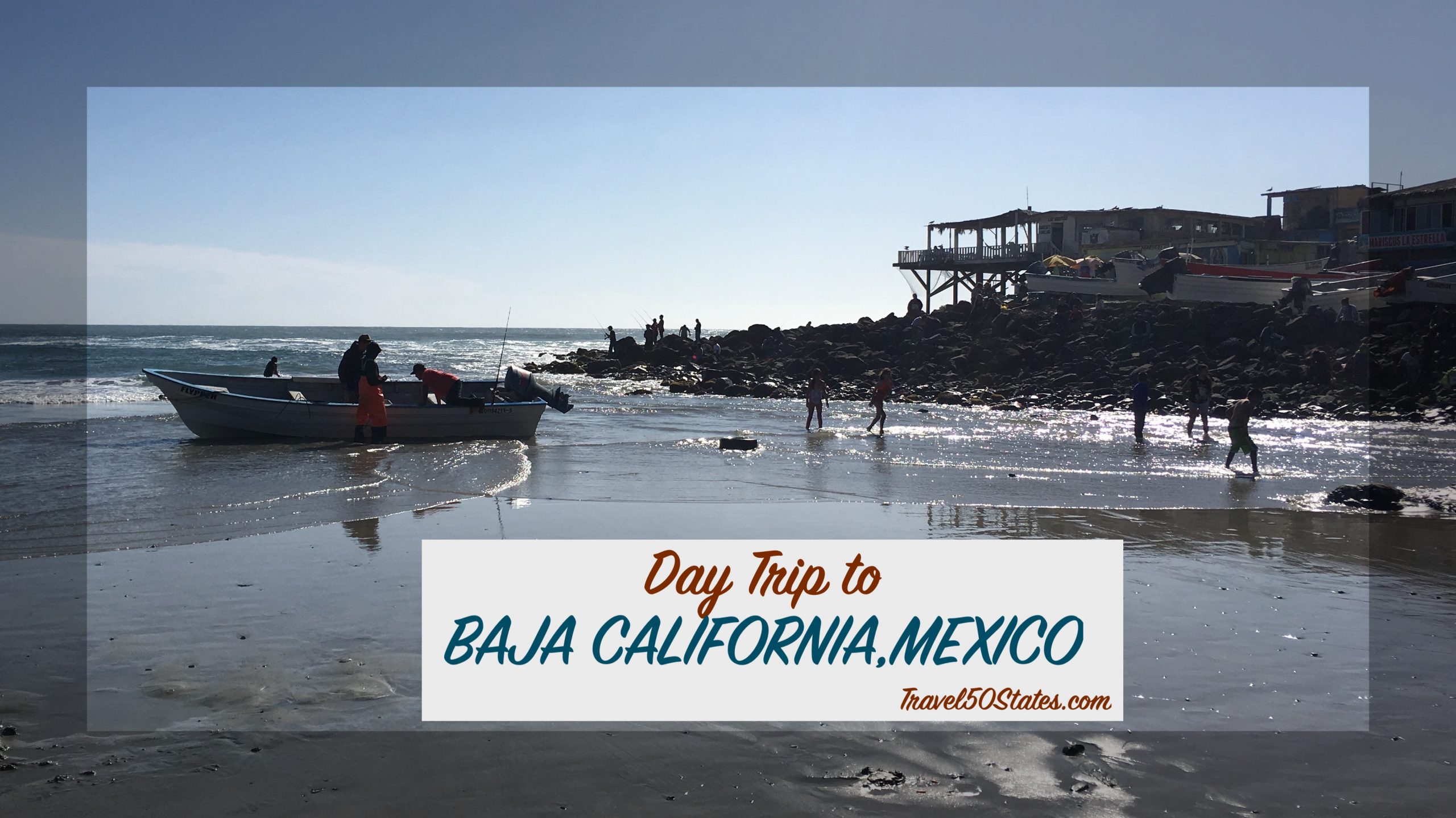 While staying in San Diego, we met up with cousins that live just south of San Diego. A few of their family members also lived across the border in Mexico. Together, we decided to take a day trip into Baja California, including Tijuana and Rosarito, Mexico. I will admit that crossing the border from San Diego into Tijuana by car was a little bit unnerving for me.

It was necessary to purchase insurance to drive into Mexico, so our cousin purchased a daily policy ahead of time. We stopped briefly in San Ysidro to exchange some dollars for pesos to get us through the day.

I watched in wonder at the border as each car waited for either a green light or a red light. We held our breathe for a green light. A gigantic detector object moved OVER a lane of cars to be inspected.

I heard the search dogs barking, and we passed easily through the crossing as I witnessed the wonder of driving in Mexico first-hand.  Traffic was easily the most terrifying thing I would experience in Mexico the entire day.

The streets and roads through Tijuana were extremely narrow.  But, we made our way up to the home of a relative, who joined us for the day.  He lived in a gated townhouse community. The homes there were beautifully decorated with arched interior doors and pueblo style decor.

As we made our way up the mountainside we had great views of the fences, or walls, separating the United States from Mexico.  There were actually two fences. In between was a large space with a road for border patrol.  I wondered what happened to the fence once it reached the ocean, and I was informed that the wall continued down the beach and then stopped. But that there was water and air patrol from that point, which made sense.

We took the toll road to the next town, Rosarito, where it was very busy also, and stopped at a little restaurant for lunch. The tacos were literally a huge slab of the most delicious meat perched on two soft corn tortillas. A smattering of cheese melted on top.  It was delicious!  The whole family ate for about $10.

We stopped to enjoy the views of the ocean from Rosarito, and then took a walk down the hill to walk among the rocky tide pools.  The water was cold, and this area has strong rip currents, so nobody swims at this location.  We saw tons of little crabs in the tide pools, and just enjoyed climbing up and down the rocks.

As my husband’s cousin guided us further down into Baja, he turned into what appeared to be a dilapidated parking lot. We wondered what this bumpy detour was all about.  I got more nervous as we squeezed our cars past other cars, bringing us further toward the ocean. Finally we slipped into a narrow street that I wasn’t quite sure we were supposed to be driving on.

Suddenly, a market appeared all around us, a Mariachi band playing loudly, and people shouting to us through opened windows to purchase food and accessories.  I was overwhelmed, and quickly overjoyed, at the authenticity of it all.  Instead of feeling uncomfortable and nervous as I had at first, I couldn’t help laughing out loud and embracing the uniqueness of the situation.

At the top of the hill swarmed with people, he drove straight down a steep hill of sand, directly onto a wet beach with even more stalls.  Parking on the wet sand, we noticed all the smells and sights of people playing in the water, and there, surrounded by people, were some playful sea lions!  They seemed to enjoy the noise and people.

We got out of the car, and I further took in the scene.  There were huge pelicans sitting on top of a building nearby.  The market was set up right on the sand, people parked wherever they could squeeze their car. Fresh fish lined the stalls, and a boat was being pushed onshore to unload more fresh seafood.

As we drove further south for a scenic drive, and were stopped once at a roadside checkpoint by armed military wearing a full face mask.  We simply had to tell him we were visiting for the afternoon, and were quickly waved on.  The sight of armed guards on the roadway was unnerving at first. By our second trip to Mexico, the fear would subside, slightly.  We turned back past a lovely town called La Mision to make the drive back to Tijuana well before dark.

We spent an hour sitting in line to cross back into the United States.  There were vendors walking back and forth between the car lines. They literally set up their carts between the narrow car lanes to sell food, hats, clothing, desserts, and any treat you could think of while cars waited.

We had our passports in hand, and after a very brief questioning, were sent on through the gate. We drove over the most enormous set of speed bumps I’ve ever seen, before merging onto the expressway leading back to San Diego.

This was such a memorable moment for my trip.  It felt so authentically Mexico, or at least what I imagined Mexico to be.  As if I wasn’t already severely bitten by the travel bug, this experience just intensified my desire to see and explore not only more of Mexico, but more of the rest of the world. 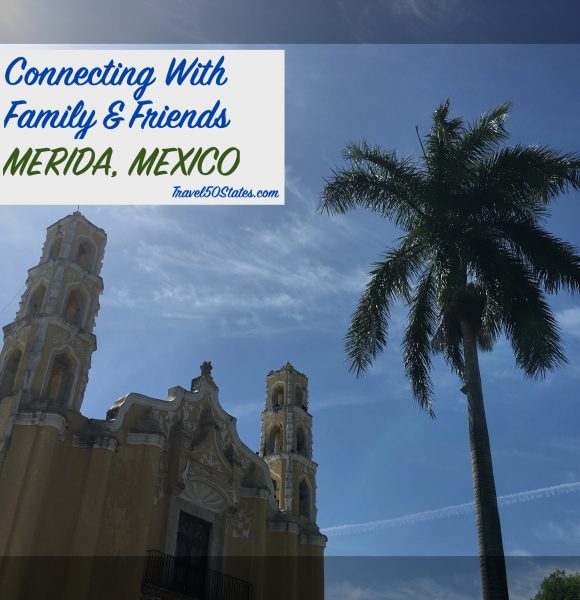 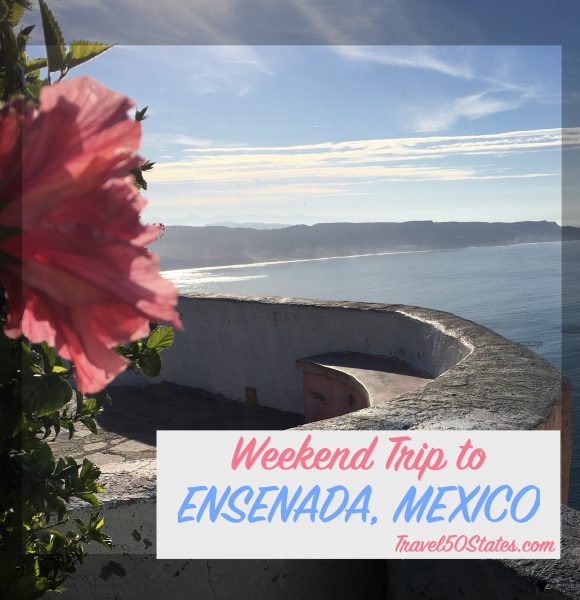 After our first visit to Mexico, we could not resist the intrigue of Baja California, and decided to go back and make a weekend of it in Ensenada. We booked a hotel, and left very early on Saturday morning, arriving at the border before 7am. […] 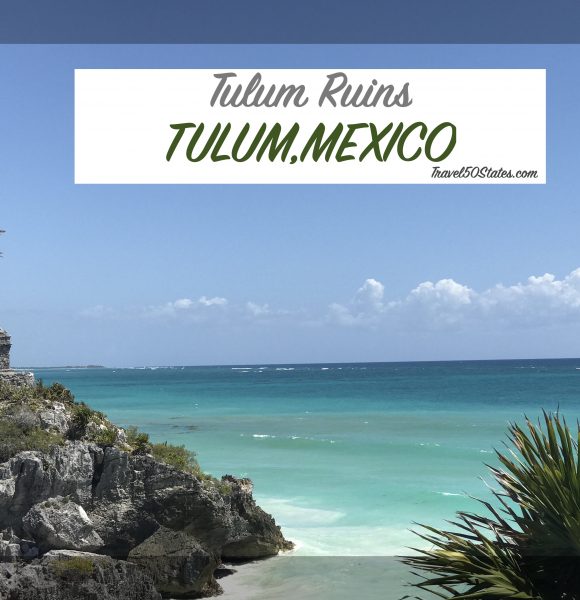 Finding Community on the Road
If Not Now, When?