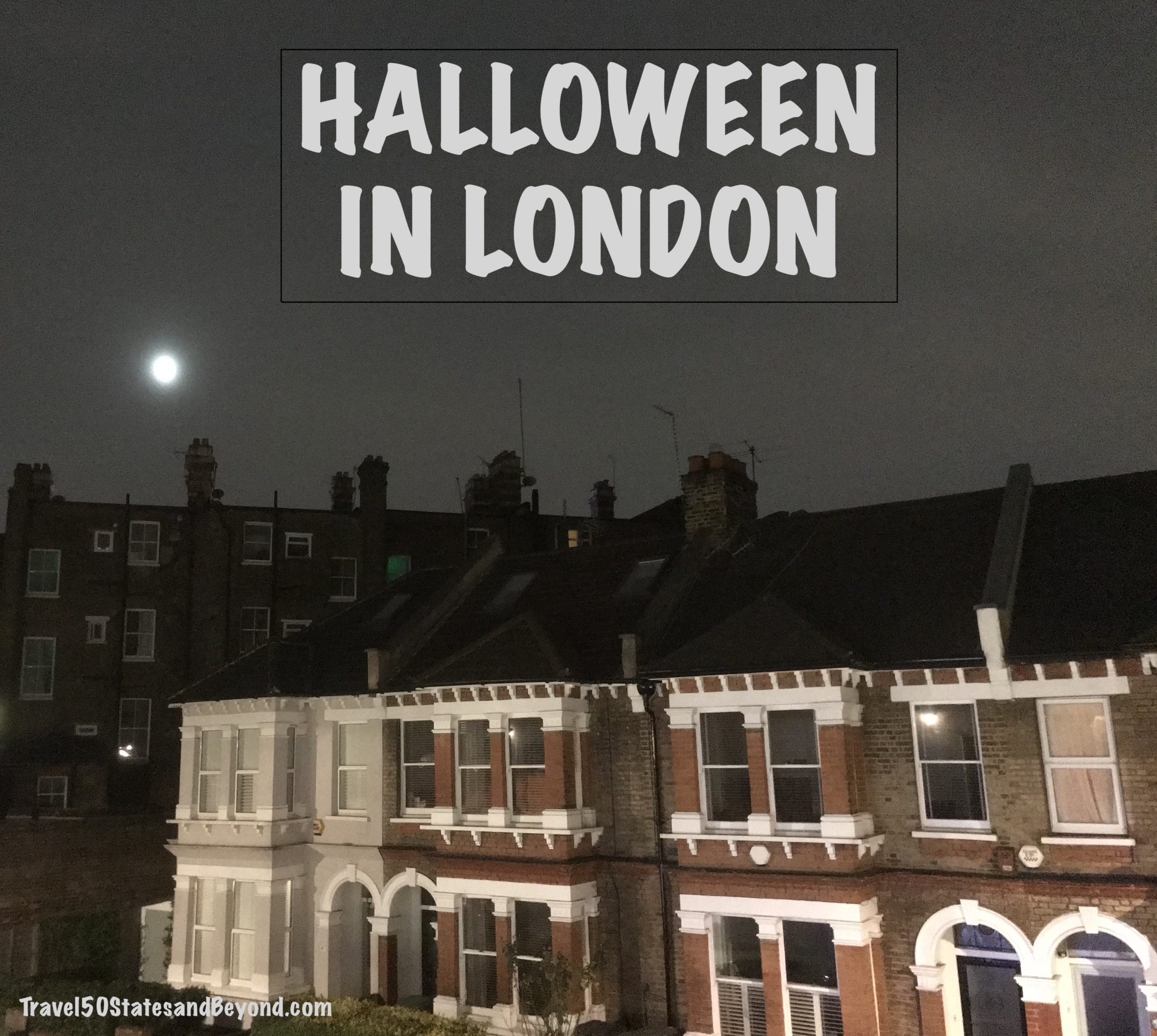 Have you ever celebrated a holiday in another country? One holiday that we have spent away from home several times is Halloween. While RVing full time, we celebrated Halloween in two U.S. cities aside from our home in Chicago – San Diego and Albuquerque. Each definitely had their own unique feeling. It was so much fun to experience Trick or Treating in different places! Halloween in London, however, was extra special.

As Halloween approached during our Europe trip, we realized at the last minute, that we should probably spend a little time preparing. We found a local second hand store, and bought some clothes that we ultimately fashioned into two costumes: a mummy for our youngest son, and for our older son, (quite appropriately) Harry Potter!

Our friends invited us to their home in Crouch End for dinner, followed by Trick or Treating around their neighborhood with their young son. We could not be more excited to experience this holiday with them. Unbeknownst to us, Halloween is not as widely celebrated in England as it is in the United States. We looked for the lit jack-o-lanterns outside the homes, to indicate those that were giving out treats.

The candy was unfamiliar to my boys, but it was really just the fun of trick or treating with their little friend that made it worthwhile to them. I kept reminding the boys how fortunate they were to experience Halloween in another country, and I hope it is one of those memories that will return to their minds each and every Halloween to come. I know it will in my mine!