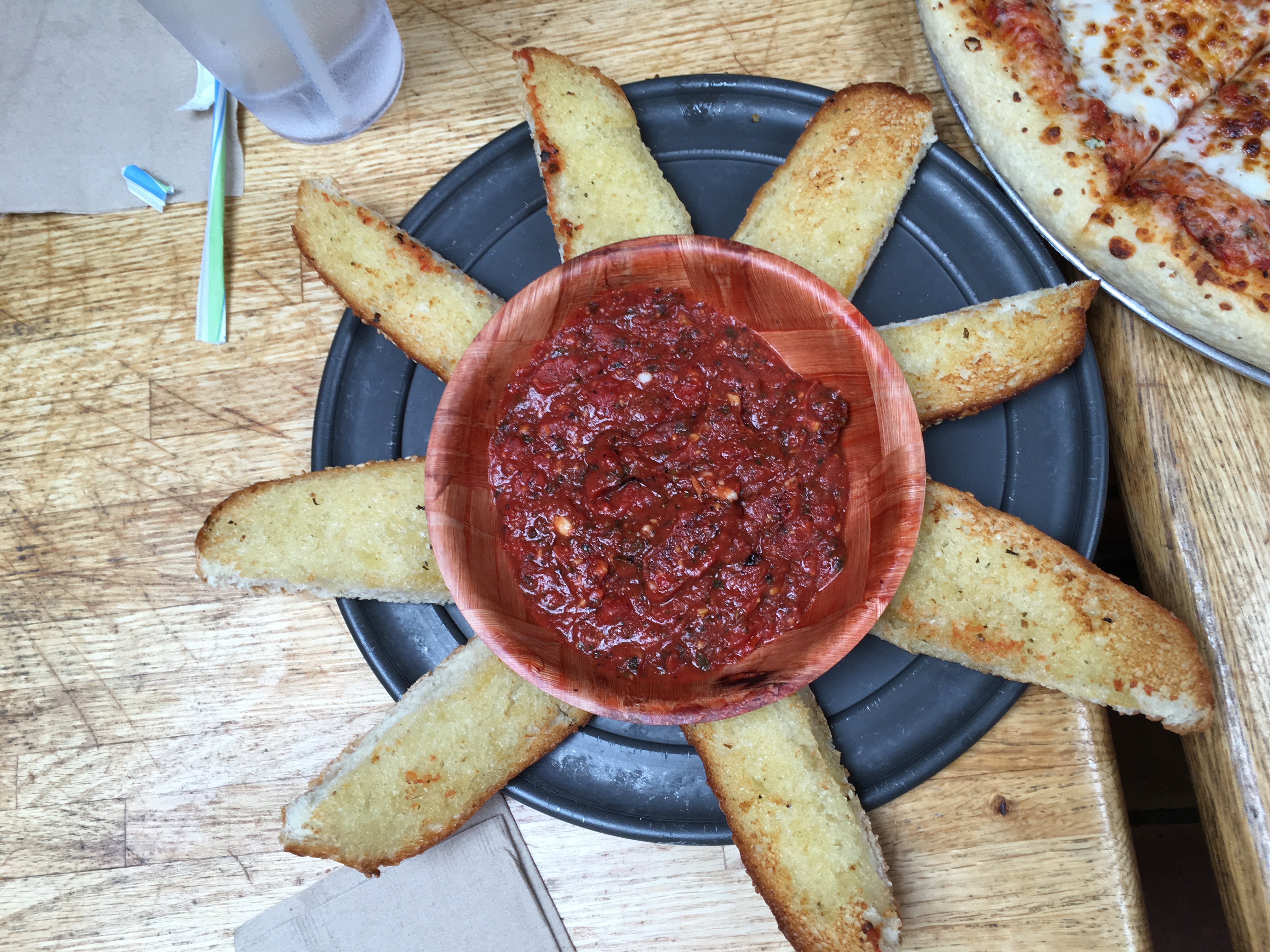 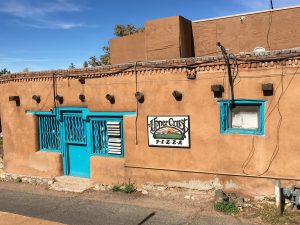 This was a great location to begin our tour.  It was directly next to San Miguel Chapel, which is the oldest Church in the U.S.A.  Mass was in session, so we took a quick peak inside. 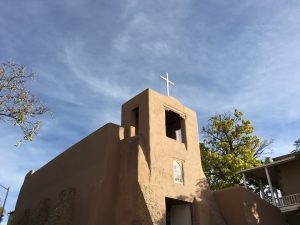 Directly across the street, was the De Vargas Street House, the oldest house in the US, believed to have been first built around 1650.  There were pictures of its crumbled exterior, which was rebuilt many times over the years.   We were able to enter a portion of the renovated home, restored as it would have looked in the 1600’s. 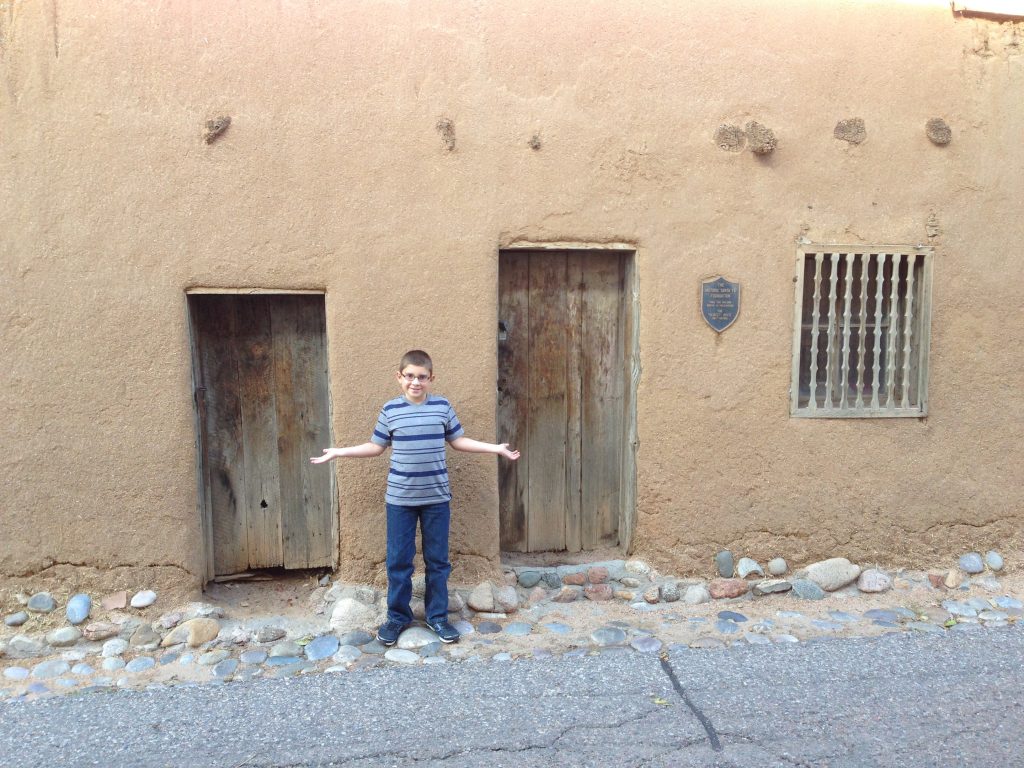 Next we walked down the block to the Loretto Chapel, home of the mysterious staircase.  It was here that the Sisters of the Chapel prayed to St Joseph to find a solution to their seating problem back in 1878, when a mysterious man appeared and built a staircase to the loft with 360 degree turns, no support beam, and constructed entirely of wooden pegs.  After completion, the builder completely disappeared, without payment and was never found.  Was it St. Joseph himself answering their prayers?  It is definitely a sight to not to be missed! 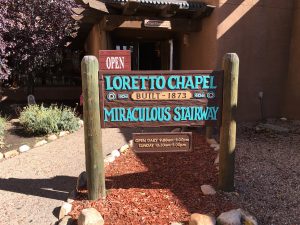 We stopped to enjoy Santa Fe Plaza, still the heart of the city after 400 years, where tourists and locals alike gather to enjoy the sights and sounds of the area.

We strolled along the sidewalk of the Palace of Governors, where local artisans had their crafts for sale underneath the shade of the building.  This building is now a National Registered Landmark, but was constructed early in the 17th century for the Spanish government, and boasts that it is the “oldest continuously occupied public building in the United States.”  It currently houses the New Mexico History Museum. 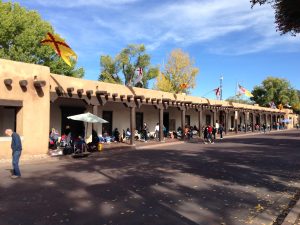 We got a picture of this Cathedral from the street, which was very beautiful, reminiscent of a miniature Notre Dame Cathedral in Paris.  We decided to call it a day, so we didn’t actually see the interior of the Church.

The really unique experience of visiting Santa Fe is in the architecture and culture.  The weather was lovely, but it was the adobe style homes and businesses that were the appeal of Santa Fe for me.  Largely Native American, it was a peaceful atmosphere.  And nowhere else in this country have I seen big chain restaurants and businesses in adobe style, rather than sporting their signature “look”.  McDonalds, Chase, Home Depot, it didn’t matter.  They looked nothing like what we are used to anywhere else in the U.S. 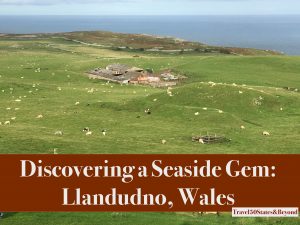 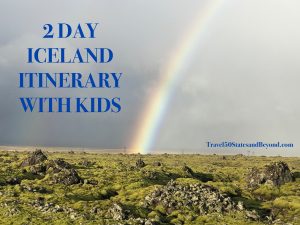 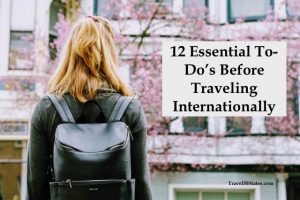