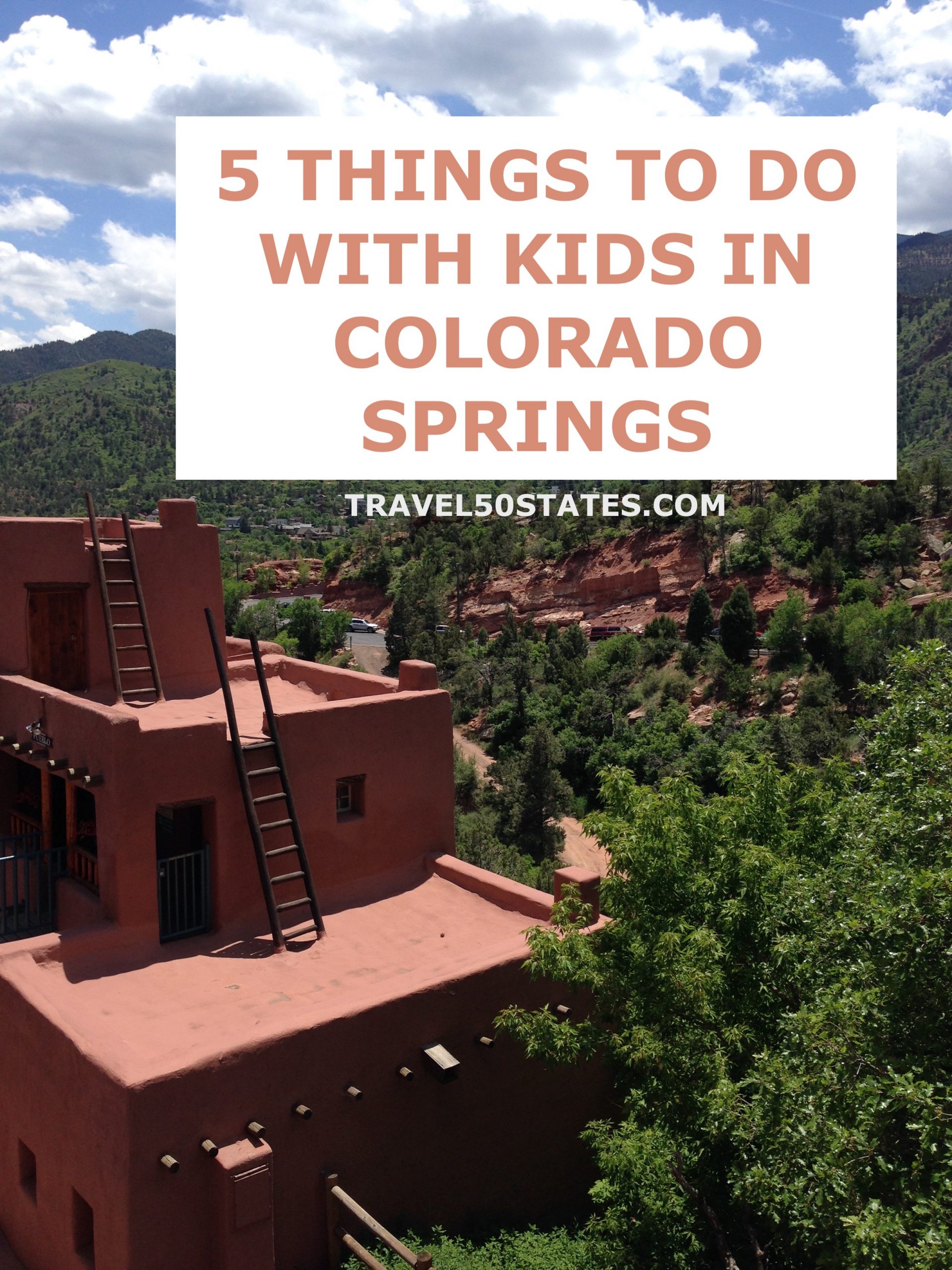 Colorado Springs is not only breathtaking, but there are many things to do for the entire family. Last time I wrote about FREE activities in Colorado Springs. Today’s post focuses on some excellent options that aren’t necessarily free, but still worth a visit.

Our first stop in Colorado Springs was the Manitou Cliff Dwellings in Manitou Springs.  There was an excellent three story Museum to tour, next to the preserved cliff dwellings of the Anasazi, brought from southwestern Colorado and preserved so that you can walk through and even touch these architectural remnants from 1200 B.C. to A.D. 1300.

The boys were particularly interested in learning about how these homes were made, and spent quite some time in the museum.  Then we walked through the Cliff Dwellings, peering through the windows and into remnants of the past.

There were also people there from the Wolf Sanctuary to build awareness about wolves, and the boys were given the opportunity to pet a real wolf, so that was a real treat!  Kyle had to buy a stuffed wolf to remember his experience petting “Ghost.”

We have visited many zoos, but we couldn’t pass up the opportunity to spend a beautiful, sunny day at the Cheyenne Mountain Zoo, the only mountain zoo in the United States.  Because of the way the zoo was built onto the mountainside, many platforms put us up close or even above the animals, which I thought was cool.  So we climbed up a tower and walked over the grizzly bear display. We were able to walk up to the giraffes and observe them at eye level. The views were awesome, and there was even a chair lift ride you could take over the Zoo.

We spent about a half an hour watching the Wyoming Toads try to “catch” their dinner, which caused many giggles.

The newly opened Australia Walkabout had kangaroos and wallabies roaming free throughout the area, and an Australian Aviary, where Kyle happily fed birds (along with 50 other people at a time).  I don’t think the birds were very hungry.  Peacocks roamed the streets, and we spotted them in trees and even using a crosswalk!

This animal looked just like a snake, but was actually not a snake at all.  Kyle was fascinated and enjoyed watching it slither around its cage viagra cheap uk.

The boys even tried to ward off this terrifying grizzly bear!

We had previously toured the Olympic Training Center in California, so I thought it was great to visit this one in Colorado Springs, to witness the training of a whole new set of sports.  This center was home to bicyclists, weight lifters, wrestlers, swimmers, shooters, and more.  There was something like a ten dollar fee for the tour, and our admission ticket was a set of Olympic Athlete Trading Cards.

The facility was beautiful, and it is always interesting to learn about the lifestyle of these hard working athletes.  We saw a few weight lifters training, and a swim meet was going on as well.  At the end of the tour, a one-legged Olympic Biker showed up to take pictures with people before setting off on his bike ride.  What an inspiration to us all!

One morning the boys and I headed over to the Money Museum, which was located on the campus of Colorado College, and paid a small admission fee to enter the Museum.  There was a very cool Olympics coin collection on display and the kids were given a passport book, in which they could “stamp” coins from different Olympic years into, and at the end they earned a free coin.  I personally loved this idea and it kept them more engaged.

There were not only coins from the Olympics, but also other memorabilia, and an Olympic Stage, which played victory music as you walked upon it.  The boys were able to put on medals and pose on stage (once again) in front of a cheering “crowd.”  I personally thought that was really cool.

The museum also had a really extensive collection of coins used all over the world throughout time.  The children’s section was awesome, in my opinion, because looking at a bunch of coins does not keep some kids entertained for long.  They had magnetic dollar and coin puzzles, a United States map to attach the state quarters in the correct spot, a weight scale, books, and writing and coloring activities.

We spent several hours at this neat little Space Center in Colorado Springs, which had displays about astronauts and spacecraft, as well as a 3D exhibit of photographs from Mars, and a special recycling exhibit.  The boys enjoyed creating their own aliens, designing space badges, and completing a scavenger hunt through the Museum.

Colorado Springs had such an abundance of things to do, we probably could’ve spent a month!