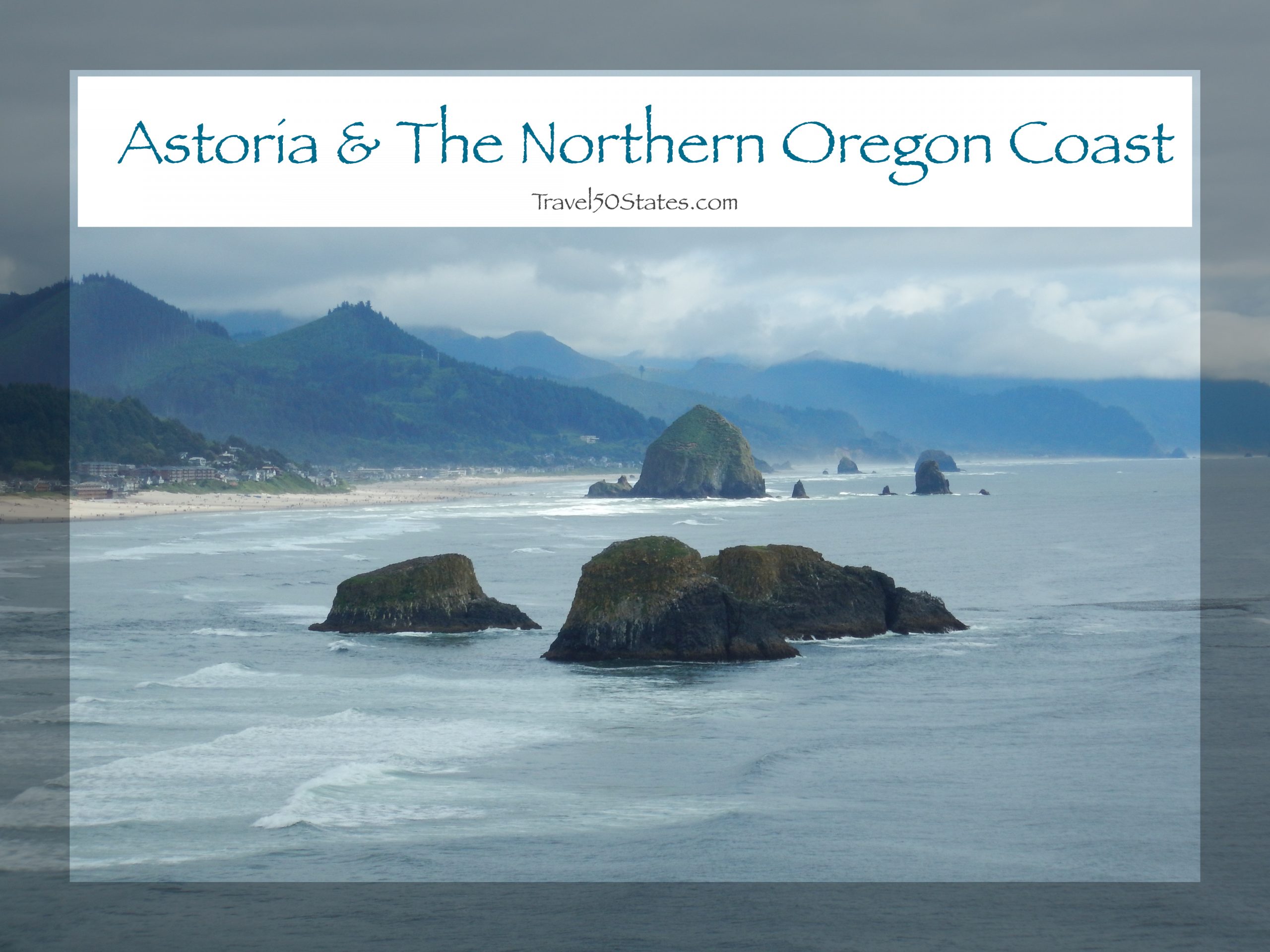 We visited the northern coast of Oregon on a return trip from Seattle, beginning in the picturesque town of Astoria. The hillside town overlooks the Columbia River, where it meets the Pacific Ocean.

While we were there, we located the house made famous by the movie, Goonies.

We had to walk down a couple blocks to arrive at the house, which sat near the top of a hill on a dead end street.  It is a private residence, yet the owners had a “Goonies House” sign displayed and allowed visitors to walk up and photograph the home.   I thought that was very cool of them, as there was quite a bit of foot traffic.  Many of the houses in this neighborhood were beautifully landscaped.  We could hear the barking of the sea lions down at the pier, while standing on the hilltop.

We also ventured to another Goonies movie location, which was Cannon Beach, where Haystock Rock juts out of the sand, and was also featured in the final scenes of Goonies.  We stopped at scenic views both north and south of Haystock Rock.

While in the area, we also visited the Peter Iredale Shipwreck remains, which are scattered right along the beach in Fort Stevens State Park.  The State Park had beautiful meandering bike trails, and I hope to return there someday and stay longer.

We also stopped in Tillamook and toured the Tillamook Cheese Factory, arriving right before closing. As it was a Sunday evening, so there weren’t any workers to see in the factory itself.  There was still had enough time to take a quick self-led tour and sample some cheese.  This was a touristy, but fun little stop if you happen to be passing through the area.

The Oregon Coast was beautiful, the northern section calm and touristy, the southern section rugged and less crowded.  It is definitely worth a visit.