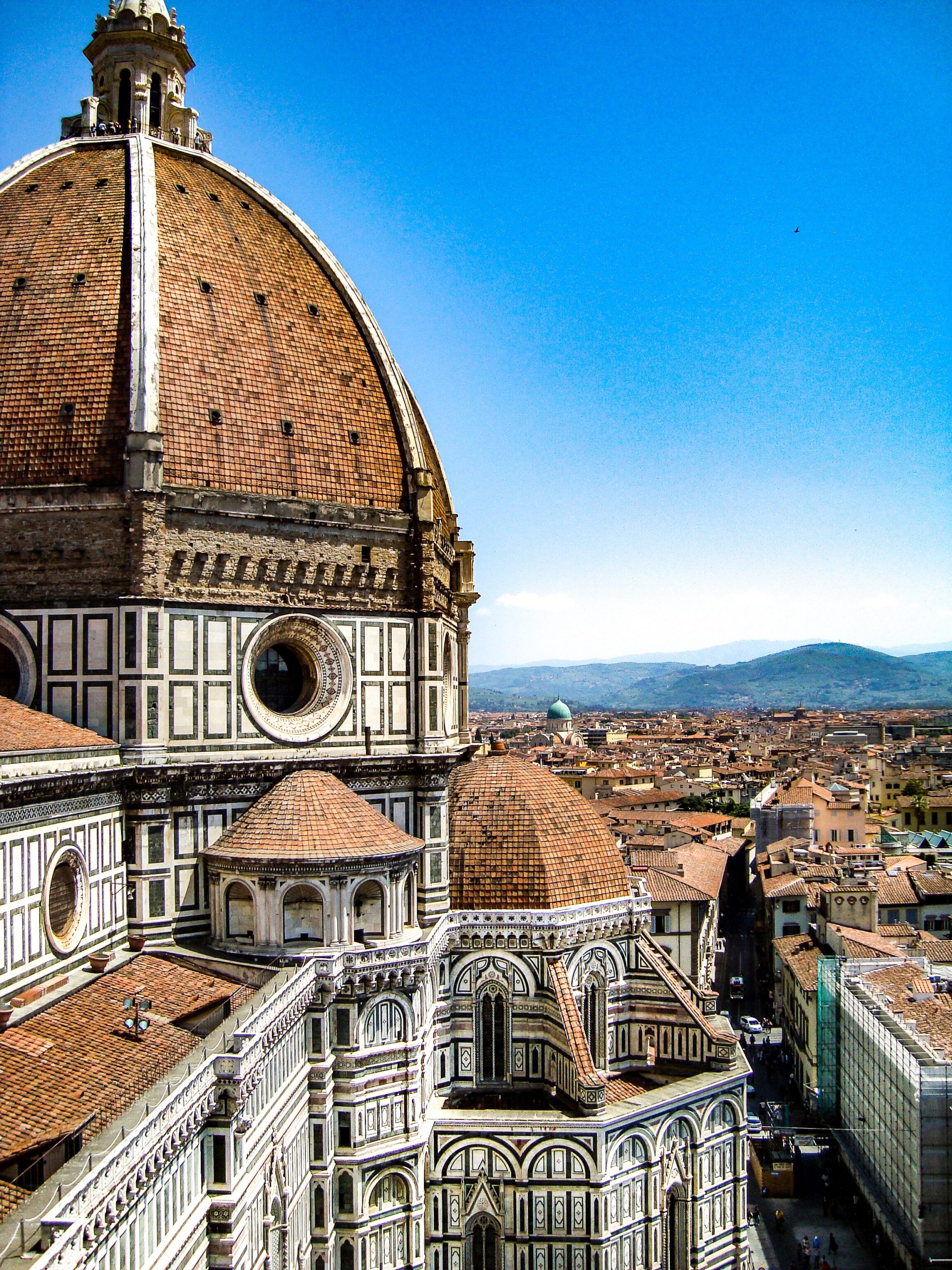 We savored our last hours in Venice. Our vaparetto ride to the train station was nice. The sunshine hit the water and splashed light on the ancient buildings. We bid farewell and found our train seats. Three hours on the train went slowly again. Luckily, we had reserved tickets on the full train, and it was a two sea

Ours was the heart room. The rooms brought back memories of college dorms. It was pretty dingy, with a flowered bedspread, two dressers, and two windows. No TV. The bathroom was up one step and pretty basic. Only one roll of toilet paper. Only one night. And a steal of a deal!

We dropped off our backpacks, and trudged back to the train station. The trains left every half hour for Pisa, and we caught a train about 2 minutes before it left. Unfortunately, almost every seat was taken. We sat on a fold down seat in the entrance way for the first half of the trip. The landscape was not so impressive this time.

When we arrived in Pisa, we walked a little bit out of our way before asking a couple women for directions. You’d think you could spot the leaning tower from anywhere, but not so. It isn’t as tall as it may seem. We had a quick meal, and then were bombarded with men trying to push watches and African elephants on us. The same men approached us over and over again.

The buildings along the river were pretty, and the Tower façade was detailed in white. We took the typical pictures, pretending to lean against the tower, and hold it up. Being pressed for time, we skipped the climb to the top.

The six o’clock train ride back was uneventful, except for the two horrifically smelling men that chose to sit next to us. My husband kept nonchalantly pulling down the window for fresh air.

Before going back to our Bed and Breakfast with no breakfast, we walked toward downtown Florence, snapping pictures as we went. We visited the Ponte Vecchio bridge, the oldest in Florence, that has shops and houses clinging to its sides.

My guidebook explained how during the War they were ordered to blow up the bridge. The general had both buildings on either side of the bridge blown up, sparing the unique bridge from destruction. The sun set over the river, ending our evening on a peaceful note.